The CAE Simulation Department disposes experts with many years of experience who use their excellent theoretical knowledge and experience in a wide range of technical fields. AUREL CZ Group provides complex top services, especially in the field of development support and in solving non-standard problems, occurring in technical practice.

Structural simulations are all simulations in the field of mechanics of solids. This category includes linear simulation (e.g. deformation and tension of steel parts below the yield strength under static load), solving non-linear problems (e.g. deformations that significantly change the geometry of solids, such as foils in switches or body contacts), dynamic analysis (modal analysis, dynamic rigidity, harmonic analysis, explicit dynamic, jolts). AUREL CZ Group is able to solve problems of fracture mechanics

Virtual simulation of the behavior of solid systems (for engineers of assemblies of mutually moving parts, e.g. behavior of the distribution of a chain-driven engine)

Experiences with using software for complicated technical cases, including combination with other simulation methods (interaction with CFD, including frequency properties of members via FEM) and experimental measuring (speed camera)

Simulation CFD (Computational Fluid Dynamics) – It is part of mechanics of liquids, in which numerical methods are used for solutions. AUREL CZ Group has in this field considerable experiences, which enables it to solve unusual problems, which are for example spinning propeller by the wind. Often, however CFD was used as a part of combined tasks, where non-stationary thermal phenomena with material nonlinearity appeared (e.g. exhaust pipes loaded with temperature cycles) or dynamic phenomena when a hydraulic system interacts with a mechanical system.

This is one of the most difficult areas where phenomena from the field of dynamics, thermal phenomena, fluid flow, electromagnetism, etc. can meet. AUREL CZ Group has gained its position thanks to the ability of solving hard problems of its customers, where the success was the mere formulation of the problem.

This type of simulation is usually needed in the field of technology processes, for example production of glass wool, or when simulating the service life of thermally cyclically loaded structures through fluids (CFD + nonlinear FEM) or dynamic interaction of mechanical and hydraulic system (CFD + MBS). 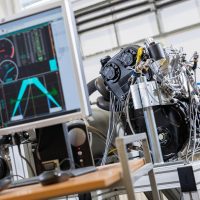 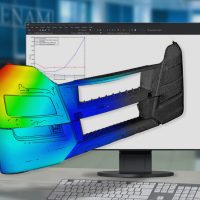 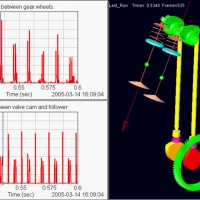 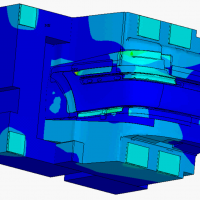 We will arrange
a complete project for you

AUREL CZ Group has more than 29 years of experience in automotive development. The company operates in the industrial city of Mladá Boleslav. Thanks to its strategically advantageous geographical location, long-standing industrial tradition, developed infrastructure and qualified workforce, AUREL CZ Group is the perfect partner for your projects.

We offer a variety of services, especially for the automotive industry, railway technology, processing machines and the energy industry. We are expanding our portfolio constantly.

Let us work with cookies
With your consent, our website will be displayed to you in the way we prefer. At the same time, we will know what type of content you like and we can also record your visit. You give your consent to store cookies in your browser.
Manage options Manage services Manage vendors Read more about these purposes
Setting preferences
{title} {title} {title}
kontaktní Formulář